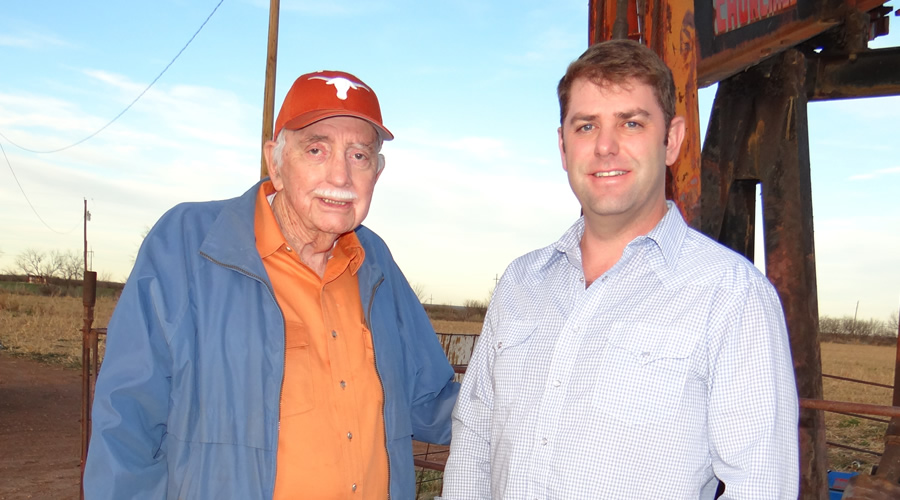 About Kendrick Oil and Gas

Now in its 97th year, possessing a track record of success that is both consistent and exemplary, Kendrick Oil and Gas is uniquely poised in today’s revitalized world of oil and gas exploration and production. Beginning with a string of oil strikes in the north-central Texas, where company founder Phil Kendrick, Sr., discovered and developed more than one highly productive field in the early part of the 20th century, Kendrick Oil and Gas has gone on to decades of success in Texas, and now is making big strides in newly discovered fields in Oklahoma and New Mexico, as well as in the Lone Star State.

It’s a company that is long on experience and yet ideally sized to capitalize on opportunities larger companies cannot attempt. Partners with Kendrick Oil and Gas find that they have continual, easy access to the company’s decision-makers: Phil Kendrick, Jr., and his son, Michael Kendrick. They run a lean outfit that can move quickly when speed is all-important, but they also have the patience and thoroughness that comes from having weathered many ups and downs in the energy industry.

Phil’s past experience on Wall Street, in overseas endeavors (he managed millions of acres of leases in Australia), in top management (he was founder of Harken Oil and Gas, which at one time employed well over 100 staffers), and out in the field (his extensive subsurface knowledge comes from having done his own geology for most of his career) has made him one of the region’s most respected and versatile oilmen. Michael Kendrick’s energy and his experience in finance and investment management are paying off as he continues to make a name for himself as a deal-maker and oil-finder.

Michael says he has learned that the oil and gas industry is misunderstood, and that it deserves a better shake than it’s been given.

“The oil industry in our nation is huge,” he says. “Obviously, it’s a vital resource and we need it. But it’s a resource that is not just a bunch of lucky finds. There is a lot of time, money, and geology involved in finding oil and gas. There’s a lot of work that goes into getting one barrel of oil out. And a lot of people don’t understand that. They might drive past a pump jack, but they don’t know the work and effort that was put into that, or how hard that work is. The common person doesn’t know that. There’s always something different going on, or you’re always having to do something different, or think different. Whether it’s a sand, shale, or limestone, they are all different animals and those animals all have different stripes. A sand, shale, or limestone in West Texas is much different than in New Mexico or Oklahoma. The playbook is constantly changing – that’s just the nature of the business.”